If you examine how dealers are pricing used vehicles in the current market based on the investment value of each vehicle, it amounts to a tale of two cities. Or, more specifically, it boils down to a case of moonshots and missed shots.

The moonshots relate to the most investment-distressed vehicles 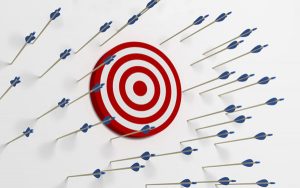 in dealer inventories. Typically, these vehicles come from auctions, where dealers and managers are now paying wholesale prices that are often higher than the current retail asking prices for the same and similar vehicles.

In recent years, such moments of imbalance between wholesale and retail prices were more in-the-moment or temporal. You could walk away from the cars and know, with some level of certainty, that you could probably buy the same cars for more market-rational prices a week or two later.

But there’s nothing rational about the current market. If you walk away today, you might end up paying even more the following week, as wholesale values continue to appreciate. If you commit to acquiring the car to maintain sales volume, you may pay more than you’ll get back when you sell it at retail.

This is exactly the reason we’re seeing moonshot pricing across the country.

In ProfitTime 2.0, auction-purchased vehicles almost always rank right now as Bronze investments, the lowest level on the system’s Bronze, Silver, Gold and Platinum scale. These vehicles arrive in inventories at Cost to Market percentages at, near or above 100 percent. In turn, managers price these vehicles at Price to Market percentages above 100 percent to ensure that, when the vehicle sells, there’s at least some front-end gross profit. Across dealer inventories, we can see that dealers are pricing their Bronze vehicles an average of $1,200 above where the ProfitTime 2.0 system recommends they should be priced.

Under more normal market circumstances, these vehicles wouldn’t sell until someone prices them more rationally to the market. In today’s market, there’s a chance they might sell anyway.

On the opposite end of the moon shots, there are missed shots.

The missed shots typically occur on vehicles dealers acquire from customers, through trade-ins or off-street purchases. These cars come in at Cost to Market percentages that, as you’d expect, are more profit-friendly than anything you’ll see at an auction. The Cost to Market percentages for these vehicles average 85 percent or lower. In the ProfitTime system, these vehicles are Platinum investments, the best you can have in your inventory portfolio.

When dealers and managers price these Platinum vehicles, they amount to missed shots. Retail asking prices on Platinum vehicles fall an average of $350 below the price range ProfitTime 2.0 recommends. This gap represents gross profit potential that dealers and managers are either actively giving up, possibly in favor of maintaining sales velocity, or simply missing because they aren’t paying attention to the data, or they don’t believe it.

Whatever the case, the pricing polarity across dealer inventories represents opportunities for dealers to do even better in a market where no one can seem to do wrong.

The first opportunity rests in capturing the gross profit that’s currently going out the door with Platinum vehicles. It’s difficult, even counter-intuitive, for dealers to raise prices on used vehicles, particularly when you consider the seemingly always-down nature of used vehicle pricing/re-pricing in recent years.

But today’s market presents a great gift for dealers willing to accept it–the opportunity to make even more money on some vehicles than they would in more normal market conditions. In fact, the market appears to be blessing dealers with a higher share of Platinum vehicles than they’ve had in the past–all the more reason to optimize the gross-making opportunity the vehicles represent.

The second opportunity arrives with more rational pricing of Bronze vehicles. I understand it can be difficult, if not debilitating, for dealers to put vehicles on the retail market at prices that will result in a break-even or money-losing proposition on the front-end of a deal. In the current market, it’s far easier to put moonshot prices on the vehicles and believe they’ll sell and make some money.

But a vehicle with a moonshot price won’t move as fast as it would if its price more accurately reflected its investment value. Similarly, you won’t realize the F&I and service gross profits the vehicle will produce as quickly, either. With more investment-aligned prices, dealers can sometimes sell two Bronze vehicles in the current market, create two separate F&I and service gross opportunities, in the time it takes to sell one with a moonshot price.

In the end, it’s every dealer’s prerogative to do what they believe is right when it comes to pricing used vehicles in a market where everything you do seems to be working just fine.

My hope, however, is that dealers and their managers, particularly those who know each vehicle’s investment value through ProfitTime 2.0, might reconsider whether the current mix of moonshots and missed shots represents the best way forward to maximize returns on the money they invest in used vehicles.

The post ProfitTime 2.0 in Practice: A Case of Moonshots and Missed Shots in Used Vehicles appeared first on Dale Pollak.