When I was in fourth grade, a teacher saved me.

I distinctly remember the first day of school as a fourth grader. When I got to class, I thought it would be just like my third-grade experience. I had been labeled a slow learner. The laggard in the class. Worse yet, I had come to believe that’s who I was, the kid who 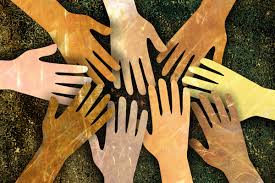 just couldn’t and wouldn’t get it.

The first week or two in fourth grade proved my expectations. It got the point where my parents had to force me to get on the school bus. I didn’t want to go. I knew that when I got to school, I would feel more lost and further behind everyone else than I had the day before. I couldn’t wait for weekends, when I would do anything and everything I could to forget about school until Sunday night, when a feeling of dread about going back to school on Monday would eat at me again.

But one day, Eloise Gentry, my fourth-grade teacher at Nobel Elementary School in Gary, Ind., pulled me aside. She knew something wasn’t right. She had an intuition that my problem wasn’t that I was slow. It was something else. Years later, I learned that my early academic troubles owed to an as-yet undiagnosed vision problem that made it difficult for me to read or follow along in the classroom.

I still don’t know why Ms. Gentry took me under her wing. But her efforts, which I now consider a form of divine intervention, made all the difference.

When I felt defeated, she refused to let me give up on a lesson. She’d pull me into the hall. I’d be crying and complaining that I couldn’t do it. She’d hold me by my shoulders, look right into my eyes and tell me as firmly and kindly as she could: “No, Dale, you can do this, and you will.”

For two years, Ms. Gentry spent a lot of her time and attention on me, in the classroom and after school. Years later, I learned that she made a special request to teach fifth grade so that I could pass fourth grade despite my deficiencies and continue being her student. She had a plan: By the time I moved to sixth grade, she would make sure I was back on track with the rest of my classmates.

Ms. Gentry picked me up and turned me around. To this day, I credit her with giving me confidence to believe in myself. She restored my ability and desire to learn. She reignited my curiosity and interest in diving into something I don’t understand. These are all blessings I carry today.

My memories of Ms. Gentry came back last week as I was asked to join a 20-hour program, called Deepening Partnerships to Create Inclusive Organizations, for nearly two dozen executives at Cox Automotive and its parent company, Cox Enterprises.  Initially, I thought I was the last person who needed the program. I had grown up in Gary, which was then considered an integrated community, and the most influential person in my childhood, Ms. Gentry, happened to be African American.

Those experiences, I believed, had given me a deep appreciation and respect for anyone who didn’t look like me. Ever since childhood, I’ve always strived to embody the lessons of compassion and grace toward others that Ms. Gentry and my parents had instilled in me.

The program’s homework assignment also gave me pause. Before the first session, we were required to read the book, White Fragility: Why It’s So Hard for White People to Talk About Racism, by Robin DiAngelo. I began the reading assignment, thinking the book probably wouldn’t tell me anything I didn’t already know.

But, boy oh boy, was I wrong about the book and the program.

In fact, I now regard the book and the immersive leadership sessions as life-changers. They are experiences that have made me—a white, Jewish guy in his early 60s who thought he was open-minded and sensitive about racism and its effects—realize that I have been, in fact, largely unaware of the way inequity, prejudice, privilege and racism affect people of color and women every day.

For example, the program facilitators asked participants to review a list of 200 statements written by people of color and women. I reviewed these as part of a group of white, male executives. Collectively we all realized that:

We don’t have to think about walking in a store, knowing that we’ll be sized up by a cashier or proprietor who suspects we’re there to steal something.

We don’t have to think about what we wear when we go out, and how it might draw catcalls, whistles or unwanted advances.

We don’t have to think about our weight, or how our hair sits on our head, and know that it might be categorized or criticized.

We don’t have to worry, when our child is invited to a birthday party, if the host’s parents are aware that our child isn’t white.

We don’t question whether anyone else around a conference table at work views us as undeserving or unworthy.

Through the course of the program, my colleagues and I began to feel weighted down, and very depressed—exactly how and where the facilitators wanted us to land. In fact, we just had a taste, however indirect and small, of what it felt like to walk in someone else’s shoes, specifically those worn by people of color and women.

On another day, the facilitators grouped the white guys together. We were tasked with writing questions for the women and people of color in the Cox leadership group. The questions were meant to facilitate discussion and understanding about our differences and how racism functions even in the absence of any hostile or overt racist acts or words.

My group asked: Given that racism and our privilege is much more pervasive and profound than we previously understood, what can we do to make things better for all of you?

Well, we were surprised by the collective reaction. After much reflective discussion, we realized that the question suggested we had missed the point and purpose of our shared learning. We came to understand that the harm and hurt caused by racism and the privileges we enjoy can’t be solved with quick fixes. We also learned that our desire to “fix” the problem was, in and of itself, a problem. The women and people of color in our sessions didn’t want our help or solutions, they wanted our empathy and understanding, two things our question didn’t contain or convey.

That’s where the Cox leaders and I left the sessions. We are fueled by a new sense of responsibility. We are motivated to exhibit more empathy and understanding. We are committed to speaking up and stepping out when we encounter circumstances that aren’t appropriate, fair or just for women and people of color. We are focused on advancing a more diverse, equal and inclusive culture across Cox Automotive and Cox Enterprises.

All in all, it was a heavy week. I went from thinking I didn’t need to learn anything about diversity, equality or racism to knowing that I have much more to learn, and much more to do. I am ever-grateful to Alex Taylor, president and CEO of Cox Enterprises, and his team for investing in this unique learning opportunity and leading my colleagues and me to a very important new place.

It’s rare for anyone to say, much less believe, that their employer has helped them become a better person. But that’s exactly how I feel right now.

I’m also thinking a lot about Ms. Gentry. Nearly two decades after I left her classroom, she was there when I graduated first in my class from DePaul University’s College of Law in Chicago, and she was there when I received the 2010 Ernst & Young Entrepreneur of the Year Award for my work with vAuto. I believe Ms. Gentry is smiling today, knowing that the frustrated, teary-eyed kid she helped 50-plus years ago, is still learning valuable lessons in life.

The post Reflections on A Cox-Sponsored Diversity, Equity and Inclusion Program appeared first on Dale Pollak.