As dealers are getting ready to close out 2022, some are seeing two trendlines in their used vehicle performance that give them pause.

The first trendline relates to front-end gross profit. Anecdotally, I’m hearing that average front-end grosses have largely been on the decline since the early part 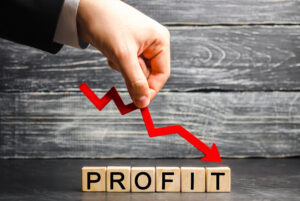 of the summer. That’s when depreciation returned to used vehicles and retail demand started to show signs of softening.

When I ask dealers about the trends, the net profit piece tends to drive the discussions. After all, it’s the net profit that ultimately determines how much money you make when you’ve sold a used car.

Part of the pressure on used vehicle net profit comes directly from the economic environment in which dealers are operating. Inflation is pushing up the cost of pretty much everything—from the people on your teams to the various advertising, rent and other expenses dealers typically charge to their used vehicle departments.

With this backdrop, you could make the case that a decline in used vehicle net profit should be expected and, perhaps, may be unavoidable. I can agree with this assessment, but only up to a point.

Here’s why: For the past several months, I’ve been seeing, and writing about, the rising numbers of distressed cars in dealers’ used vehicle inventories. These are vehicles dealers paid top-dollar to acquire, priced to maximize gross profit and have yet to sell. In many cases, dealers have not been willing to face, or take, the losses associated with these vehicles when they retail. As dealers reckon with these cars, the used vehicle department’s front-end gross and net profit averages tend to suffer.

The problem is even more profound for dealers who floorplan their used vehicle inventories. Floorplan interest expense has nearly doubled in the past year—a rising cost that creates a double-whammy for dealers who aren’t retailing distressed vehicles as fast as they should.

In light of these circumstances, I’ve been emphasizing two operational disciplines in my discussions with dealers to help them set a solid course for the coming year.

The first is to right-size your inventory to your rolling 30-day total of retail sales. This discipline minimizes the drain on front-end gross and net profit that inevitably follows stocking too many vehicles for current market conditions. Across the country, the average days supply of used vehicles has been hovering close to 50 days for much of the year—a level that’s too high given retail demand trends in many markets.

The second discipline is to do the right thing with every car the minute you own it. Much of the rise of distressed inventory owes to dealers trying to make gross on cars that don’t deserve it. In turn, we find the same dealers cheap-selling their best cars to make up for volume lost to distressed units that aren’t selling.

The good news: Today’s technology and tools, like ProfitTime GPS, help dealers identify the turners and earners in their inventories, and everything in between. When you have this knowledge, and recommendations on how to optimally price every car, the negative net profit impacts of more difficult market conditions and rising expenses become less extreme.