‘Tis the season to be thinking about baseball. Here in Texas, a lot of people are hoping the Houston Astros live up to their potential as 2022 World Series favorites.

During a recent postseason game, the announcers talked 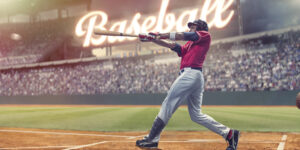 about how data science has changed the game. They mentioned a decision by Major League Baseball to ban teams from shifting players to defensive positions where, according to data science, an opposing hitter is most likely to put the ball.

At the time, the book inspired the data-gathering and metrics we built into vAuto’s Provision system. Today, I think it’s fair to say the development helped dealers change the way they manage used vehicles for the better. I still hear from dealers whose used vehicle performance and profits took off more than a decade ago, ushering in a new level of operational success they’ve now come to expect.

Of course, Lewis’ book also inspired baseball teams at all levels to bring more data into their decision-making. These days, batters study data on pitchers to understand what their next pitch might be and where it’ll be located. Same for the defensive shifts noted above.

One of Lewis’ central premises is that, without the benefit of performance data, the beliefs and biases individual managers might bring with them to the dugout can produce inconsistent results. Because of how they think, and they’ve been trained to think, they also might miss opportunities that would be evident if they had the ability to see them.

The same is true in used vehicles. Now that we have deep data science built into ProfitTime GPS, and dealers can understand each vehicle’s probability of sale at any price and ROI potential on Day 1, they are finding new opportunities to improve used vehicle sales and gross that they didn’t see before.

A Southwest Honda store recently summed the dynamic this way: “ProfitTime GPS helped me find gross I didn’t know was there.” Meanwhile, a Midwest dealer recently shared, “We’ve always had turners and earners in our inventory, now I know which ones are which.”

To be sure, some purists decry the advent of data science in baseball. They still believe that a smart manager, playing hunches and instinct, can succeed. Here again, the same is true in used vehicles. I hear the same criticisms about data science from dealers—that it can’t be trusted and it’ll never replace the heart and soul of a smart used vehicle manager.

When this occurs, I reiterate a point I’ve been making for the entirety of my career with vAuto and Cox Automotive: The data and tools we’ve developed, and the performance that results from their application, are only as good as the individuals who ultimately make the decisions.

The post A Parallel Between Baseball and ProfitTime GPS appeared first on Dale Pollak.