In a recent post, I shared how dealers run the risk of missing customer vehicle acquisitions when they refuse to pay a customer as much as they would at auction for the same vehicle.

But there’s another way dealers, managers and appraisers 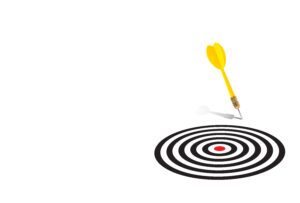 can “miss” on a customer vehicle even if they ultimately win the car. This miss comes in the form of reconditioning cost estimates in appraisals that bear little resemblance to the actual costs required to recondition the vehicle and get it ready for retail sale.

On the surface, this situation represents a positive trend. For years, dealers, managers and appraisers used default reconditioning estimates with regularity. In vAuto, the most common default reconditioning estimate is $1,500. Today, it seems dealers and managers are more interested in putting a more relevant, vehicle-specific reconditioning cost estimate on appraised vehicles—a smart move in a market where competition for customer vehicles is more fierce than it used to be.

Mike Boyd, who heads vAuto’s iRecon solution, shares that 62 percent of dealership appraisals in vAuto include vehicle-specific reconditioning cost estimates; 38 percent include default estimates. These benchmarks would likely have been reversed just a few years ago.

Boyd and I suspect the shift owes to recognition among dealers that applying a default reconditioning estimate standard to every car can cause three unwanted outcomes. First, appraisers and buyers will pass on retail-worthy cars that don’t meet profit objectives due to the estimated reconditioning costs. Second, the service department might charge the full amount of the reconditioning estimate to the car, even if the vehicle didn’t require the work, because they can. Third, customers will say “No!” too often because the money you offer for their vehicles offered isn’t close enough to the money they expect for their vehicles.

All in all, the effort to capture a more accurate picture of a vehicle’s reconditioning costs in appraisals is a good thing. It’s an extension of the age-old axiom that if you want to know what you’ll get out of a car, you’ve got to know the car.

But let’s return to the roughly 50 percent of vehicles dealers acquire from customers where the reconditioning estimates are off by an average of $500 to $600. What’s up with those cars?

I suspect the biggest driver of the variance between estimated and actual appraisal costs owes to the appraisal process itself. Today’s best practices call for active, walk-the-car-with-the-customer appraisals to capture as much about the physical and mechanical condition of the vehicle as possible and convey the findings with the customer. Yes, it takes more time. But, if done correctly, the time flies as appraisers ask customers to help them assess the vehicle, and customers know the appraiser cares about their car. In these scenarios, it’s less likely that appraisers will miss $500 or more in needed reconditioning work.

Another reason for the reconditioning estimate-to-actual variance comes from appraisers and managers not really knowing what the true cost of reconditioning the vehicle in front of them might be. To be sure, everyone thinks they know. But I share Boyd’s view that guesstimates aren’t good enough if you want to optimize every vehicle’s investment return potential. That’s why some dealers now require that appraisers and managers base reconditioning estimates on actual costs incurred to get recent, similar cars retail-ready.

It’s also no doubt true that current market conditions contribute to variances in reconditioning estimated and actual costs—or at least they serve as a disincentive for dealers and managers to do anything about it. In the current market, you may be able to absorb the reconditioning cost estimate “miss,” price the vehicle as if the miss didn’t occur and still get all the money.

But let’s be real. That doesn’t happen all the time, even in the current market. What’s more likely to happen is that the vehicles will linger too long in inventory and the investment value or profit they ultimately produce is less than it should have been.

I’d encourage dealers and used vehicle managers to review the vehicles they’ve recently sold, where reconditioning estimates proved to misses. Compare the retail performance of these vehicles to those with reconditioning estimates that proved true to actual costs. I suspect you’ll find a sizable opportunity to do an even better job ensuring you make the money or return on investment you should from customer vehicles you acquire.

The post A “Miss” that Matters with Customer Vehicle Acquisitions appeared first on Dale Pollak.