If you’re a used vehicle retailer in the current market, chances are better than good that your inventory has a sizable and possibly growing share of vehicles that you own for more money than you can get in the retail market. 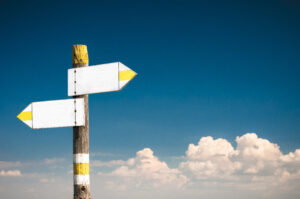 the ProfitTime system to manage their used vehicle investments. Inevitably, a dealer’s Bronze vehicles, the units with the least investment value and the highest risk, arrive in inventories at Cost to Market percentages of 100 percent or more. Just last week, I spoke with two ProfitTime dealers whose Cost to Market averages for their Bronze ran 103 percent—a full 3 percent higher than current retail asking prices for the same/similar vehicles in each dealer’s respective market.

But irrespective of how the Bronze vehicles arrive, their presence in dealer inventories puts dealers and managers in the unenviable position of figuring out how best to retail them and make money in the current market.

From what I can tell, dealers and managers face two choices with Bronze vehicles:

The second choice is pricing Bronze vehicles to move and, in many cases, make only a little bit of money, if not a loss, on the front end. In this group, if a dealer’s average Cost to Market percentage for Bronze vehicles is 103 percent, he/she might price the vehicles at Price to Market percentages of less than 100 percent to ensure a faster retail sale. Dealers and managers who apply the price-to-move strategy don’t necessarily like the front-end profits or losses the retail sales produce, but they but they accept the outcome as a necessary evil to maintain their sales volumes. They also know the gross profits the Bronze vehicle sales generate in their F&I and service departments often more than make up for any front-end losses they incurred to sell the vehicles. In addition, dealers in this group take solace from the gross profits they achieve from Gold and Platinum vehicles, which they sell for all the money because they aren’t pressured to cut prices on these cars to build volume.

Given the two choices, I’m often asked by dealers to recommend the right choice for their store.

My recommendation would be the second choice. Why? Because I believe it represents sound decision-making from an investment management perspective. Dealers in this group are treating Bronze vehicles for what they are, troubled investments that represent risk and should go away quickly. In addition, the dealers aren’t sub-optimizing the outcomes of better, Gold and Platinum investments to make up volume lost due to an aversion to the current market’s little-or-no-gross environment for Bronze cars.

Some counter this recommendation with a valid point: “Dale, we’re in an appreciating market. Bronze cars aren’t Bronze cars when prices are on the rise.”

Totally true. Retail prices are on the rise. But they’re currently rising at a snail’s pace—.005 percent each (or one-half of 1 percent week over week)—compared to the 1.3 percent to 1.5 percent week-over-week increases we’ve seen in wholesale values. Theoretically, dealers who price Bronze vehicles above the market today will see the market catch up to them in the future.

But here’s the key question: How long is it appropriate to wait for the Bronze vehicles to find buyers? By some estimates and forecasts, retail prices won’t rise significantly until the spring. To me, while there might be a money-making opportunity for today’s Bronze vehicles next spring, it seems too long to wait for a return on the capital you’ve invested today—particularly when you consider all the opportunities for gross in F&I and service department you’d pass up waiting for Bronze vehicles you’ve priced above the market to retail.

Ultimately, dealers will have to choose the path they believe is the best for their business. Neither choice is appealing. Neither is optimal. The current market simply isn’t kind to Bronze vehicles, and nearly every dealer has them.

The situation reminds me of a line from The Clash’s “Should I Stay or Should I Go?”: “If I go there will be trouble, and if I stay it will be double.”

The post A Case of Two Less-than-Ideal Choices in Used Cars appeared first on Dale Pollak.