A couple months ago, an associate asked if I’d heard or seen any chatter among dealers about an apparently crowd-sourced site (www.markups.org) that listed new vehicle markups and the dealers who made them.

I didn’t think much of the site at the time. A few days after my 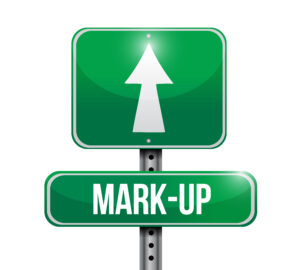 associate mentioned the site, I saw some chatter about it on a Facebook group for dealers. The related commentary questioned the accuracy and methodology of the site’s listing and its purpose. I shared the “wait and see” attitude of many Facebook commentators—the site launched early in 2022, and it didn’t seem to be getting much notice.

Enter the text message I received the other day from my older brother, a retired orthopedic surgeon in Florida: “I just saw a Facebook post on markups.org…have you heard of it?”

I called my brother and explained the background I’d shared here. Next, I wondered: Is the site gaining momentum?

The answer appears to be “yes.” A quick Google search yielded recent stories from multiple outlets, including newspapers like the Indianapolis Star, noting how the site can help new vehicle buyers at least know how much they might expect to pay for a new vehicle, if not steer clear of dealers asking more than others for the new vehicles they were selling.

I also ran across several articles that noted how despite factory directives encouraging dealers to avoid selling more than MSRP, the practice has become so common, many buyers expect to pay more than MSRP. Consumers understand, observers say, that microchip and other supply chain issues have made more-than-MSRP transactions common in today’s new vehicle market—a point Cox Automotive affirmed last month when in reported the average price paid for a new vehicle has been “over sticker” the entire year.

I’m not necessarily troubled by the current mark-up practices among dealers. Like other long-timers in the car business and as a former dealer, I understand how, for many years, new vehicles effectively served as a loss-leader for dealerships from a financial perspective. Today, dealers are seeing record-setting profits on new vehicles. The profits are coming from the margins and mark-ups on the vehicles themselves, as well as the F&I income that flows from higher overall transaction prices.

I understand why dealers believe they are well within their rights to set the prices their customers appear willing to pay. I also respect the perspective of dealers who heed the factory directives and refrain from retailing new vehicles for more than the MSRP.

But I think it’s wise to recognize that as public attention and interest in new vehicle mark-ups grows, so too will the risks of blow-back, either from customers or factory partners, for dealers who have made above-MSRP mark-ups on new vehicles their standard practice.