As we close in on the halfway point of 2022, I think most dealers would agree with the following statement: While used vehicle sales and profits remain solid, they are nothing like they were at this time last year.

The sentiment flows from two realities that are taking shape 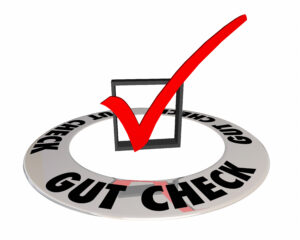 broadly across the industry and in the financial statements of dealers I’ve consulted in recent days.

On the broad industry front: Early this year, Cox Automotive chief economist Jonathan Smoke and other analysts predicted that 2022 might shake out in two sections. They believed the first six months of the year would be better for dealers in used vehicle than the final six months. They reasoned that spring would do its thing, and dealers would enjoy a seasonal bump in sales. Unfortunately, the bump wasn’t quite as big or bold as many expected.

The economists’ less-rosy view of the back half of the year resulted from their concern that retail demand would suffer as inflation, rising interest rates and other economic factors would pull would-be buyers out of the market. To some extent, we’re already seeing this. While some dealers have managed to meet or beat their 2021 sales volumes during the first six months of the year, others are less fortunate. They worry they have more cars in stock than current, interested buyers.

On dealership financials: As used vehicle sales seem to be softening slightly, so too have used vehicle department profits. I’ve had more than one dealer confide that despite maintaining sales volumes and profits through the early part of the year, used vehicle gross profits aren’t as rich as they have been. The used vehicle profit declines are more pronounced at stores where volume has dropped off significantly from a year ago and even last month. Some dealers also share that their overall net profit has dipped, while F&I and service businesses remain strong.

Of course, everything I’m sharing represents a broad-stroke, high-level view. Individual dealers may be enjoying the best year ever in terms of used vehicle sales and profits. Beyond that, we should all remember that, at this time last year, nearly every used vehicle you had in stock would sell quickly and generate a sizable front-end gross profit. Net profits were off the charts at most dealerships.

Even so, I think it’s wise for dealers to acknowledge that the market has begun to turn into less dealer-favorable territory, and everyone will need to re-exert the inventory investment management disciplines they had in place before the pandemic. On this front, I’ve gleaned what may be two top priorities for dealers to be ready and right-sized for a market where used vehicle sales and profits won’t come as easy as they have in recent months:

Right-sizing your inventory. Across the country, the days supply of inventory on dealer lots runs close to 50 days. At this time last year, and for much of 2021, dealers operated with a roughly 40-days supply of inventory—an unprecedented level of inventory efficiency that contributed to increased profits. But given the current market outlook, I’ve been counseling dealers to reduce their days supply and do their best to align their inventories to their rolling 30-day total of retail sales. It’s an adjustment that should always start by looking to dispatch the cars you’ve held that haven’t sold, and by being judicious about the vehicles you take in. You don’t want to be sitting in the middle of July with vehicles you acquired in April and May. In addition, while your acquisition teams should be doing everything they can to appraise and acquire vehicles from customers, you don’t want to be buying cars, and especially auction cars, for the sake of owning them. You want to take in cars you know will sell and buying them as right as you can.

Right-sizing your pricing. It’s important that dealers appreciate the current market moment when it comes to retail asking prices for used vehicles. We’re still in an era of limited supply, and while demand appears to be waning, no one expects it to fall off a cliff. Hence, the market doesn’t appear to be ushering in a moment where right-sizing your retail asking prices requires deep and dramatic discounts across the board.

That said, however, I see sizable segments and shares of dealer inventories that appear to be priced based on what a dealer or manager believes the vehicles will fetch versus a retail price that will most likely deliver buyers and satisfying returns on investment. Put another way, the vehicles are priced following the “explore and exploit” strategy that has dominated the market for months.

Here’s some evidence from ProfitTime GPS dealers: During the height of the appreciating market in 2021, many dealers effectively ignored ProfitTime GPS price recommendations for their Bronze vehicles, which are the vehicles with the least investment value and highest risk. We saw well over 50 percent of Bronze cars priced $1,000 or more above the ProfitTime GPS recommendations through much of the year. In January through March of this year, 51 percent of Bronze vehicles fit this high-price profile, a figure that has declined to roughly 41 percent today.

My guidance to dealers with an out-size share of Bronze vehicles priced above ProfitTime GPS recommendations is that they should take their lumps sooner rather than later. The investment value, and net profit contribution, these vehicles posses won’t get better over time.

It’s understandable why dealers are holding on to these vehicles and asking all the money for them. In many cases, the Bronze vehicles are late-model units the dealers paid up to acquire, often at auctions. Dealers and managers are loathe to take less than their current gross profit average, or even a retail loss, when there’s a memory, and a possibility, that the vehicles will sell for their current asking prices no matter how long they sit.

But I would submit that such market grace will fade in tandem with retail demand. In my view, the best way for dealers to right-size their used vehicle inventories and pricing and get ahead of a changing market is to address the cars that contribute the most to your risk of profit and volume loss—the units you priced too high for too long that haven’t sold.