How many dealers figured they’d make up for ever-smaller margins in new and used vehicles by selling more cars in 2017?

If you asked the question in a room full of dealers, I suspect most, if not all, hands would be in the air.

“You make up your gross in volume” is the age-old rule of thumb in the car business.

But what if the thumb is broken, and the rule doesn’t fit anymore?

Through June of this year, the National Automobile Dealers Association (NADA) reports that dealers are seeing declines in two important places—on the gross and net profits they realize when they retail new and used vehicles, and in the overall number of vehicles they actually retail. 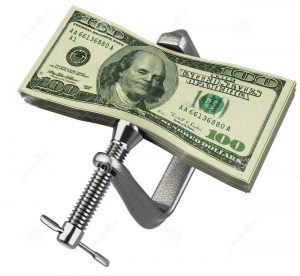 Gross/net profits: NADA reports that gross profit as a percentage of new vehicle selling prices dropped below 6 percent, to 5.9 percent, in the first half of 2017 compared to the same period in 2016. In used vehicles, the gross as a percentage of the sales price dropped to 12 percent.

These dealership data points suggest that dealers who believe they can retail their way to improved profits are probably kidding themselves in the current market. If the strategy worked, shouldn’t we see decidedly different numbers from NADA?

To me, the data amounts to a call to action. Dealers need a better way forward that doesn’t rely simply on selling more cars to make more money. Similarly, I don’t think cutting expenses will provide dealers sufficient relief from the combined pressures of margin compression and a softer sales environment.

I believe the best way forward rests with increased operational efficiencies. Dealers simply have to find a way to sell and service customers with greater efficiency and lower costs.

The good news here is that most dealers have three areas of long-standing inefficiency that, if addressed, can help them achieve the higher levels of operational efficiency, productivity and profitability they need to thrive in the years ahead:

Human capital: Dealers continue to suffer from an average annual turn-over of 67 percent in sales, and 40 percent across their operations. These figures suggest a high level of dissatisfaction. You can only wonder how many deals are lost or bad decisions made, on any given day, because the hearts and minds of dealership employees aren’t in the game. Dealers who have tackled this inefficiency have formalized their hiring processes around key personality traits and cultural fits, and moved away from the traditional practices of commission-based pay and uncertain work hours.

Inventory: I see signs of inventory inefficiency every day. If I had to summarize the problem, I think it’s fair to say that up to a third of dealers’ new and used vehicle inventories is effectively dead capital. These are over-age vehicles that haven’t sold, and they’re preventing dealers from reinvesting the capital in more profit-productive units. Of course, there are a multitude of reasons behind such inventory inefficiencies but they all point to the same underlying need for more investment-minded inventory decisions. In both new and used vehicles, dealers need to do a better job of assessing each vehicle’s retail prospects before they own it, and then working more diligently to retail every unit more quickly before its ROI, and front-end gross, effectively disappear.

Technology:  Dealers have invested sizable sums in technologies that should help their sales associates and service technicians work more productively and profitably. Yet, sales associates still average about 10 retail sales per month, and technicians about 40 hours per week—averages that haven’t changed in nearly 40 years. The statistics suggests to me that solutions providers can and should do a better job of helping dealers achieve greater utilization of their tools, which would help dealers realize the promise of increased efficiency and profitability the technology and tools are intended to produce.

These three areas of opportunity don’t represent an end-all, be-all list. But they do offer starting points for dealers to push back against margin compression and a softer market, and gain back some of the profitability that seems to dissipate with each passing year.