For many dealers, margin compression in used vehicles has been a bit like a leaky water line.

The truth is, the line’s been slowly dripping for years. But no one really noticed it until now—after a ceiling or wall has started to bubble, crack or crumble.

Dealers’ awareness of margin compression seems to have taken hold this year, following the realization that despite a fairly strong year of used vehicle sales in 2017, they actually made less money.

You can see this picture in end of year financial data from the National Automobile Dealers Association. Their December 2017 financial profile shows two disturbing year-end stats:

Front-end gross profit declined. NADA reports the average retail gross profit dropped $78 to $2,337 last year, down from $2,415 in 2016. The average was $2,444 in 2015. Drip. Drip. Drip. (Note: NADA’s numbers include F&I income, which means the margin decline would be more pronounced, given many dealers’ efforts to increase F&I sales in recent years.) 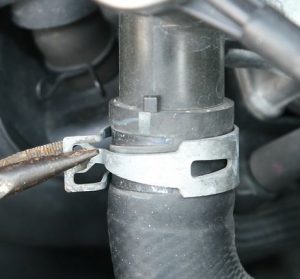 The numbers wouldn’t be so disturbing if they were just a temporary blip. But like the leaky water line, the problem’s more chronic than coincidental.

The key question on the minds of dealers in my conversations is, now that they’ve recognized the problem, what steps can and should they take to fix it?

I’ll answer the question with some bad news. Unfortunately, there isn’t really a “fix” for margin compression. It’s now the nature of our ever-more competitive, efficient and transparent used vehicle marketplace.

But there are ways to mitigate the problem and stop leaks that often erode used vehicle profitability. Here are four recommendations:

Measure/manage efficiency of acquisitions. At many dealerships, there are at least a handful of individuals, if not more, who have the authority to appraise vehicles. From my observations, there’s a fairly wide degree of variance among the appraisers, when you judge their decisions based on their Cost to Market ratios.

There’s margin to be gained by managing and measuring the consistency of your appraisals, as weighed against your Cost to Market targets. I recognize there are real-life pressures to allow a little more for trade-ins. But I would submit those pressures will fade as you use the current market to establish the fair value of your acquisitions.

Trim reconditioning costs. I’ll put aside the question of how much you can rightfully charge for labor and parts for your internal reconditioning work. But when’s the last time someone asked your third-party vendors for a little haircut, perhaps a 5 percent to 10 percent reduction? Chances are, those invoices get paid without too much question—an area of oversight that offers some margin opportunity. It’s worth remembering that part of the NADA-reported net loss on used vehicles amounts to someone else’s gain.

Minimize discounting. Just as some appraisers seem to acquire cars for the right money than others, some sales associates are better at avoiding discounts than others. When you price your used vehicles to the market, there’s simply less room for negotiation, and your average showroom/other discount should reflect this reality. The key, of course, is to manage and measure your discounts. Everyone who puts their initials on a deal should be held accountable for the discounts they approve—and properly trained to know how to maintain your margin.

Reduce inventory age. In today’s margin-compressed market, retail speed is the only way to take advantage of the age-old truth that fresh cars deliver the best gross. Dealers who sell a larger share of fresh vehicles would maximize each unit’s gross profit potential. It’s really a black and white proposition. No doubt, that’s why top-performing dealers maintain at least 55 percent of their inventories under 30 days. Their gross profits tend to look better than dealers who carry a larger share of older vehicles.

As I mentioned, these recommendations won’t completely eliminate margin compression. But they can help slow its harmful effects and help you avoid profitability leaks that make the problem even worse.

The post Margin Compression Takes A Bite—How Will You Bite Back? appeared first on Dale Pollak.