It’s here—the slowdown in new vehicle sales that many dealers and industry observers have expected to arrive for some time. 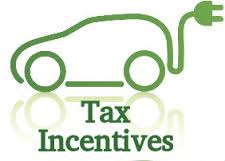 As one analyst puts it, “the new car market is no longer growing, which means automakers now have to measure success in terms of market share, transaction prices, incentive levels and profitability.”

This no-growth environment isn’t all bad news, however. Dealers are still retailing a healthy number of new vehicles. Analysts predict we’ll end the year at or slightly below total new car sales for 2015. Inventory levels are up, but not off the charts, thanks to more aggressive incentive spending by OEMS.

The big problem for dealers is making money in new cars, which a slowing market will only make more difficult for dealers to achieve.

The National Automobile Dealers Association reports that through the first half of 2016, new vehicle gross profit as a percentage of the selling price declined .5 percent. This dip translated to a 10.6 percent decline in front-end gross—from $1,164 in the first half of 2015, to $1,040 in 2016.

This margin compression will likely only get worse, as the margin-toxic combination of pricing transparency, factory incentives and stair-step programs, and the competitive nature of dealers advance the erosion of front-end gross profit.

As I’ve talked to dealers about these conditions, I’ve observed three responses.

The first group of dealers are doubling down on their efforts to improve, or at least maintain, their front-end gross profit objectives. They are trading off volume, and factory below-the-line rewards, in exchange for gross. The dealers can’t stomach effectively giving away new vehicles to meet factory targets. They also reason that higher inventory levels—a consequence of smaller sales volumes—are OK given historically low floorplan interest expense.

The second group of dealers are doubling down on their efforts to meet the factory targets and collect the bonus money. They accept an ever-larger share of little or no-gross new vehicle deals as a consequence of staying in good standing with the factory.

The third group of dealers are adopting what might be considered a more market-minded, Velocity-style approach to retailing new vehicles.

By using inventory management and pricing tools, they become students of their markets and inventories. They are acutely aware of the fastest-selling, highest-grossing vehicle combinations and colors for their markets. Conversely, they also determine the slower-selling, lower-grossing new vehicle combinations and colors. They apply both sets of competitive, car-specific insights to their new vehicle stocking, pricing and desking decisions.

I believe the third group of dealers is on to something, particularly as the new vehicle market seems destined to enter more troubled waters. Here’s one dealer’s take on how this third approach has helped improve his new vehicle operations:

“We were hurting ourselves with a sizable chunk of our new vehicle inventory,” says a Southwest dealer. “More than a third of our inventory was older than 90 days. I took a closer look, and all I saw was room for improvement—cars we shouldn’t have traded for, and others we ordered with the wrong color or equipment. Our pricing needed work, too. We had 100-day-old cars priced the same as fresh ones, and variables like color and trim didn’t matter as much as I now know they should.”

In the coming months, I suspect we’ll see some debate over whether the new vehicle market is simply plateauing or fully headed south.

But for dealers, the debate won’t matter.