Most dealers would agree that you make your money in used vehicles when you acquire a car.

If you pay too much for an auction or trade-in vehicle, you’ve shrunk the spread between your costs to acquire and recondition the unit, and its retail selling point. Conversely, if you “steal” a car, you’ve widened the spread, and set the stage for a healthy front-end gross.

I’ve been thinking about this age-old axiom of our business as I hear and read about declining used vehicle profitability. 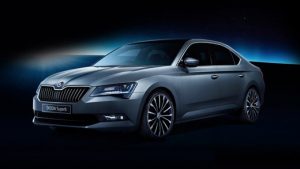 declined $100 or more on a per-unit basis compared to the prior year. The drop runs consistent with the results I hear from private dealers. Even worse, the diminished profitability comes in spite of dealers buying and retailing more expensive used vehicles.

Astute dealers know the decline in used vehicle profitability isn’t just a one-off occurrence. It’s been a persistent feature of used vehicles for the past several years, thanks to the rise of internet-driven transparency and increased competition.

Given this backdrop, I thought it would be useful to revisit Ground Zero for used vehicle profitability—the moment when you own an auction or trade-in vehicle. I asked several top-performing dealers to share how they make their money when they acquire a vehicle. They offered five pointers:

A clear view of the “right” cars. The “right” cars are different for every dealer, given individual objectives for profit and inventory turns, and local market conditions. Dealers say it’s imperative to know, with exacting precision, the cars that are “right” for you, and to prioritize your auction and trade-in purchases around them.

“When we go to auction, we don’t buy 50 cars because we sold 50 cars,” says the general sales manager for a Southwest Toyota store. “That’s how we used to do it. Now, it’s always about the ‘right’ car. We’re sticklers for the right equipment, color, condition and mileage. We’ll sometimes pay more than we’d like for the ‘right’ car, but we’ll do it because it’s the ‘right’ car and know it’ll sell in our market.”

Exit strategy-minded acquisitions. The sharpest dealers use technology and tools to know each vehicle’s opportunities and risks before they book a trade or buy at auction. They know their costs (the price of the car, reconditioning, a pack, transportation/other costs). They compare those costs to prevailing retail values to determine a vehicle’s front-end profit potential. They evaluate each vehicle’s Market Days Supply to determine how long it will take to retail the unit.

A Southeast Chrysler dealer summarizes his exit-minded acquisition strategy this way: “Before I buy a vehicle, I know what I can make, and how long I have to retail it before it’s a break-even unit. From there, it’s a question of retailing the car quickly to maximize our gross and minimize a potential loss.”

Accountability. Dealers say they’re holding appraisers, buyers and managers more accountable for buying vehicles “on the money.” For example, a Northeast Honda dealer expects appraisers and auction buyers to purchase vehicles at or near a respective cost to market ratio of 80 percent and 85 percent. “If they land above the benchmark, there’s always a conversation,” the dealer says. “The market’s too competitive and our margins are too thin to give up our profit potential unnecessarily.”

Wider reach. For wholesale vehicles, dealers are tapping a larger, more diverse group of online and physical auctions than in the past. “Given the competition, you almost have to have eyes everywhere to get the cars at the prices you need,” says the used vehicle director for a Midwest dealer group. More and more, dealers rely on technology and tools to minimize the time required to find and evaluate vehicles, enabling them to focus on buying the “right” ones on the money.

An opportunistic eye. As students of the market, the dealers each noted that they keep their eyes open for opportunities to stock and retail vehicles they don’t typically sell. “I try to keep about 20 percent of my auction purchases for stuff I wouldn’t normally stock,” says the general sales manager at the Southwest Toyota store. “I won’t really know if a vehicle doesn’t work unless I try it.” To minimize the risk, he pursues vehicles with a relatively low market days supply (70 or less), and aims to purchase them at/near an 85 percent cost to market ratio.

In my next article, we’ll examine how dealers can preserve and protect used vehicle profitability after they’ve acquired the “right” cars on the money.

The post 5 Pointers To Preserve and Protect Profitability As You Acquire Used Vehicles appeared first on Dale Pollak.