There’s a bit of what I would call an investment value disconnect with dealers and their used vehicles that offer the least amount of potential profit return. 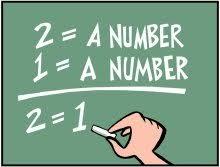 auctions, where purchase prices are sky-high due to limited inventory supply. As a result, the vehicles often enter dealers’ retail inventories at Cost to Market percentages at or near 100 percent. In plain terms, the metrics indicate that dealers are effectively paying retail prices for these vehicles in the wholesale market.

But then the investment value disconnect occurs. Rather than price the vehicles to reflect their investment distress, dealers are gunning for gross profit. For example, I examined the inventory of a high-volume Chevrolet store in the Midwest earlier this week. The overall Cost to Market average for the store’s Bronze vehicles was 99 percent, and the overall Price to Market average was 106 percent.

I asked the used vehicle manager to explain his strategy. Here’s what he said:

“I know I’m asking more than the market average for my Bronze cars. But I had to pay up to acquire them, and they’re all mostly fresh units. I have to at least try to get some gross out of them to keep my dealer happy.”

I’ve taken to call this pricing dynamic and rationale the “fallacy of the fresh car.” This fallacy dates the earliest days of the car business, when fresh cars typically did offer the highest gross profit potential, due to depreciation that occurs as vehicles age in inventory over time.

Today, however, we have a more complete picture of the truth about fresh cars. The ProfitTime 2.0 system is built on data science that proves not every fresh car holds the same profit potential, and probably never did. Some vehicles, the Platinum cars, arrive in inventory full of gross profit potential, while others, the Bronze cars, arrive with little or no potential to yield a positive investment return.

The used vehicle manager at the Midwest dealership knows his current pricing strategy isn’t optimal. It takes an average of 40 days to sell his Bronze units. And guess what? The retail sales typically occur only after the manager has lowered their prices to more market-realistic Price to Market percentages, which are typically around 95 percent. The dynamic means that many of the store’s Bronze vehicles retail as net profit losses.

I see similar scenarios in used vehicle inventories across the country. Dealers don’t want to face the investment reality of their Bronze vehicles, and the fallacy of fresh cars provides a rationale to stay the present course. It’s also true that the pain of this fresh car practice isn’t as sharp as it used to be. Even though dealers are achieving sub-optimal investment outcomes with Bronze vehicles, grosses are really good on Platinum vehicles–so good, in fact, that the profitability of the used vehicle department looks better than ever.

Such are the blessings of a market where retail demand is strong, used vehicle supplies are limited, and dealers are enjoying the benefits. It makes you wonder how much better dealers might be doing if they used the current moment to finally face the fallacy of fresh cars. In the case of the Midwest dealership, we’ll never know.

The post ProfitTime 2.0 in Practice: How the Fallacy of “Fresh Cars” Lives On appeared first on Dale Pollak.