Gone are the days when wholesale values were appreciating rapidly week after week. Retail prices have begun levelling off, too, as depreciation returns to the market. I’m also told dealers are selling fewer cars to customers before the vehicles are fully reconditioned or even on the ground at dealerships. 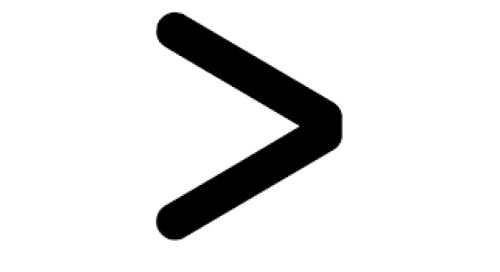 In some ways, the situation reminds me of the times when my wife, Nancy, and I, would ride through the turmoil of three boys who had either taken in too much sugar, hadn’t had enough sleep or got over-excited about something. As parents, we knew the chaos would inevitably end, and the boys would settle down.

Even in its more-settled state, dealers are still blessed with a strong used vehicle market. Supply is low, and demand remains relatively high. Analysts expect these conditions to continue through late summer and early fall, barring any unforeseen circumstances or events. Overall, I suspect we’ll find that at least the front-half of 2021 may go down as the single-best run, in terms of used vehicle sales and profitability, that dealers have ever seen.

But this moment also affords an opportunity to take a closer look at how dealers fared during this unprecedented period. I’ve wondered, for example, if there’s any discernible difference in the performance of dealers who manage their used vehicles as investments versus those who manage their inventories as merchandise where every car should sell as quickly as possible.

I asked the data scientists at vAuto to examine this question. They went to work, comparing a handful of data points from the inventory data of dealers who use ProfitTime 2.0, which enables dealers to execute an investment value-based management strategy and those who don’t. They pulled recent data from dealers defined as “high adopters” of the investment value management and from dealers who don’t use the system.

Here’s what the data scientists found:

Sales volume: The high-adopter dealers sold more vehicles per month on average than other dealers (98 vehicles versus 81 vehicles, respectively).

Gross profit margin: The high-adopter dealers sold their vehicles for an average of $400 more gross profit than other dealers ($3,168 versus $2,790, respectively).

The performance differences immediately begged a follow-up question: Why were dealers who manage used vehicles as investments able to sell more cars and make more gross than other dealers at a time when the market was good for everyone?

The answer appears to rest on the ways each group of dealers manages their best and worst investments. That is, the high-adopter investment-focused dealers were able to price their best investments at higher price points recommended by the ProfitTime 2.0 system, and get the money when the vehicles sold, compared to other dealers. Meanwhile, the performance data suggests that when high-adopter investment-focused dealers knew they had a low-investment-value vehicle, they were more likely to price it to sell quickly. By contrast, other dealers tended to ask too much for these vehicles, which diminished overall sales volume and gross profits.

As I’ve shared the performance data with dealers, the reactions have been profound. On one hand, the results affirm what dealers who manage used vehicles as investments believed to be true about their performance. They were selling more cars and making more money than their peers. On the other hand, the data is serving as a wake-up call for other dealers who thought they were doing as best as they possibly could.

The post ProfitTime 2.0 in Practice: A Tale of Great and Greater appeared first on Dale Pollak.