Like many dealers, I’ve been amazed by the resilience of the retail market for used vehicles during the past four months.

I’ve heard from multiple dealers who set sales records in May, 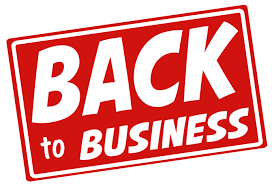 June and July. For them, August was a little less rosy, but the dealers managed to finish the month on a high note. If you look at the cumulative year-to-date totals of retail used vehicle sales across the country, they are only down by single-digit percentages—a performance I think we’d all consider positive, given the disruption and uncertainty we’ve seen in the economy and market this year.

In many ways, dealers could almost do no wrong from late spring and through the summer. Retail demand was strong enough, and used vehicle supplies were light enough, that dealers found themselves selling vehicles almost as fast as they could stock them. And, if for some reason a vehicle didn’t sell in 30 or 45 days, a super-hot wholesale market meant dealers could take a car to auction and get their money back, if not a little more.

But we’re now seeing signs that these remarkable and arguably unnatural market conditions may be going away.

Take dealer inventories. From early May until a week ago, the days supply of used vehicle inventories largely hovered between 30 and 35 days—roughly 10 fewer days of supply than many dealers would normally carry. As of this week, the average days supply of used vehicles is nearing 45 days, a sign that dealers aren’t selling as many cars as quickly as they were a few weeks ago.

Take the wholesale market. In the past week or so, the Manheim Retention Report (MRR), the daily read of how well auction prices compare to the Manheim Market Report Index (MMR), fell below 100 percent. For much of the late spring/summer, MRR has tracked above 100 percent, which means dealers had to pay more than MMR to acquire auction vehicles.

Industry analysts at Cox Automotive and other companies view these data points as signs of the market slowdown that many predicted. Thankfully, no one expects the used vehicle market to drop off a cliff like it did in mid-March as the COVID-19 pandemic began to take hold.

Still, the market’s gradual softening suggests it’s time for dealers to get back to what might be considered business as usual in used vehicles. Here are three recommendations for dealers to make the most of what may be a less-robust used vehicle market in the days and weeks ahead:

Align your inventory size to your rolling 30-day total of retail sales. The recent rise in the days supply of used vehicle inventories suggests that, if demand continues to diminish, dealers will be over-stocked with cars that aren’t selling fast enough to deliver a positive contribution to the bottom line of their used vehicle departments. Despite what seems to be a cool-off in the wholesale market, I would encourage dealers to only acquire auction cars if/when their current stock lags their rolling 30-day total of retail sales.

Stay on top of your days to sell data. For much of the summer, dealers didn’t really need to pay much attention to the time it took used vehicles to sell; positive market conditions effectively meant that everything was retailing quickly. But, as the market slows down, it’ll once again be important for dealers to mind the days to sell based on each vehicle’s investment value. If a vehicle represents a distressed investment, it should be priced to retail as fast as possible. Conversely, if a vehicle represents a top-tier investment, which means it’s got high demand, low supply and a favorable Cost to Market position, it should be priced to reflect its market appeal and profit potential.

Don’t count on a favorable wholesale market. During the summer, I found it somewhat disturbing when dealers told me that they were making money wholesaling cars they couldn’t retail. It bothered me that these dealers seemed to view wholesaling a vehicle as an equally effective fallback to retailing the car and taking the opportunity to earn F&I gross and a possible trade-in. Now, as we’re seeing what seems like a cool-off in the wholesale market, it’s important to remind dealers that they’re in the business of retailing cars and that they should return to viewing a decision to wholesale a vehicle that hasn’t retailed as the management failure it really represents.

Some dealers may view the apparent slowdown in the retail and wholesale markets as more of the same. They’ll point to July and August, both of which featured slower retail sales in the beginning of the month followed by retail bounce-backs that resulted in relatively strong sales by month’s end.

But the data shows that the bounce-back in August wasn’t as strong as the bounce-back in July. In addition, consumer confidence appears to be declining, in part due to concerns that another round of federal stimulus money may not be available to help households suffering from income and job losses.

That’s why I’m advocating that dealers get back to business. It seems a more prudent course than hoping for a bounce-back that may never arrive.

The post Why It’s Time to Get Back to Business In Used Vehicles appeared first on Dale Pollak.